HomeUncategorizedFrom Cambodia to Canada: The Heartwarming Story of Bien & Samien

From Cambodia to Canada: The Heartwarming Story of Bien & Samien 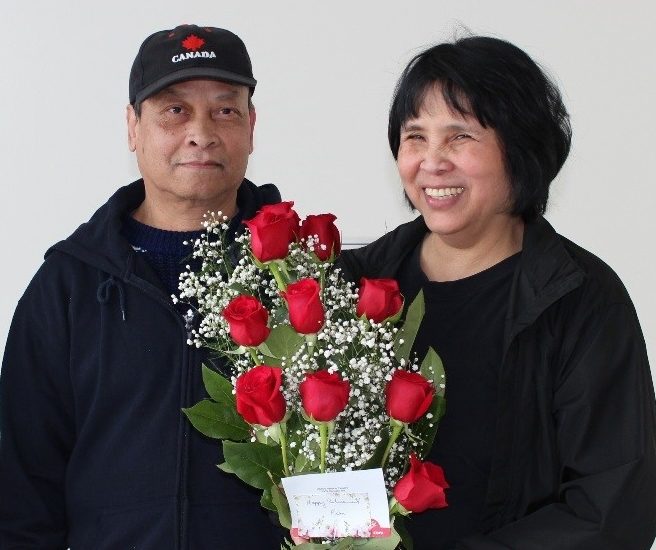 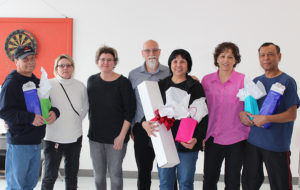 It’s February 22nd 2018. The time as finally come for Bien and Samien Son to hang up their coats, throw out their last hair net, and say goodbye (or see you later) to the familiar faces they have grown accustomed to seeing almost every day for the past 33 years. Although our hearts are celebrating this new beginning for the couple, it is with great emotion that we took a walk down memory lane to share with everyone some of the good memories of their time with HFS. 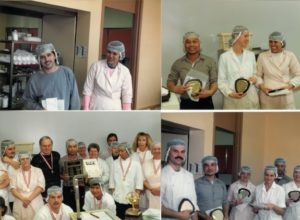 Although Bien and Samien dedicated more than 30 years working with us, their story began a long time before the HFS chapter. Their story is one that brought tears to the eye of some and a smile to the face of everyone. We couldn’t keep this for ourselves, we had to share their heartwarming story with you. Our people take part in shaping HFS and we wanted to celebrate these two to show them just how much we will miss their smile. So here is the story of Bien and Samien Son.

Let me take you back to the mid-1970s. Maybe you were trading off your tie-dye shirts and Go-go boots for a tube top and a pair of platform shoes. Or maybe you were only a fairy tale away from starting your own story.

On the other side of the world, it was a completely different story. Cambodia was going through its darkest period in history. The Cambodian Genocide, one of the bloodiest in history, was carried out from 1975 to 1979 just following an 8 year Civil War that left the country in a state of political instability. 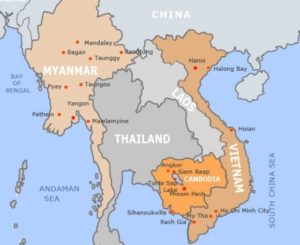 Married with a 1 year old son and expecting their second child, Bien and Samien were hoping for a better life, one where they would be able to raise their children in peace. Seeking safety, they decided to escape the political conflict in Cambodia in 1975. Only able to travel at night through the darkness of the jungle, it took them four days to finally cross the Thai-Cambodian border with their son in their arms. They finally took shelter in a refugee camp in Thailand where they lived for four years. It is in that camp that Bien gave birth to their second son.

While their living situation was better and certainly safer than in Cambodia, it was far from ideal. After an unsuccessful attempt to immigrate to the United States, the couple decided to turn to Canada. Just before leaving their past life, Samien made a final trip back home to say goodbye to their family who stayed behind in Cambodia.

It is in 1979 that Bien and Samien arrived in Canada. They first settled down in Perth, Ontario. While making friends was easy for the two, finding jobs was their biggest challenge in this small town. With the help of a family in Perth, they rolled up their sleeves and relocated in Ottawa.

This brings us to 1985. The year when you might have been listening to Wham! songs on the radio and watching ‘Back to the Future’ for the first time. For Bien and Samien, this is the year when they first became part of the HFS family. On September 3rd 1985, they joined HFS only five years after the opening of the first plant at Sheffield. They have worked side by side ever since. After 33 years of dedication, we can say that they will forever be in our Hall of Fame. 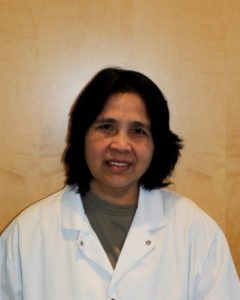 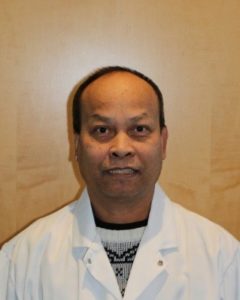 Bien and Samien had a third child here in Canada, a little girl. Their middle son born in a refugee camp in Thailand, Samearn Son, is a House of Commons security officer. When a gunman stormed on Parliament Hill on October 22nd 2014, he was shot in the leg after trying to block him from shooting fellow officers. He was honoured by the RCMP for his bravery.